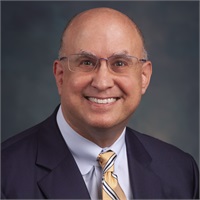 Alan commenced his career by joining Prudential Financial in May 1989 and proceeded to win multiple awards annually. He was named Regional Pension Specialist in 1990 for Prudential.

Alan founded The Pension and Insurance Planning Group (later shortened to The PenSure Group and located in Rockville, MD) as an independent broker and pension consultant in 1989 and has served as President since that time. In the mid 1990s, the emphasis of The PenSure Group changed from overall insurance and benefits marketing to qualified retirement plans. Over the past 30 years, Alan has developed into one of the premier tax qualified plan designers and ERISA brokers, with a history of speaking at conferences across the country.

Alan has an MBA in finance from Loyola University of Chicago, a BS from Indiana University and spent six years in management consulting prior to entering the financial services industry. In addition, he received his Chartered Financial Consultant (ChFC), Chartered Life Underwriter (CLU) designations in October, 1993, and APM from the American Society of Pension Professionals and Actuaries in February, 2000.

Alan’s specialty is designing and developing qualified retirement plans for both publicly and privately held profit and non-profit corporate clients across the United States. He and his staff currently service approximately 70 group/corporate retirement plans. Alan is a member of the American Society of Pension Professionals and Actuaries and the National Association of Plan Advisors. Alan and his wife reside in Bethesda, Maryland.